Everything we've been writing is true~ Italy is beautiful and amazing and we're blessed to be here.  It's also incredibly overwhelming a lot of the time.  New language, new customs*, new people... The past few weeks have felt like playing Tetris on the fastest level with the anxiety-increasing music playing in the background.  Not going forward with a purpose or goal of winning, just frantically trying to keep from crashing.  Then yesterday morning a beautiful thing happened, and I awoke to a world drifting by at a leisurely level 5 or so, slow enough to see the picture and arrange all the pieces so they fall into place**.

Visiting the Ampitheater of Capua helped put things in perspective somewhat~ for instance, that my life stressors don't include fighting a lion to the death while 60,000 people watch...


The arena was originally four tiers, second in size only to the Collesseum in Rome.  This is also where Spartacus made a name for himself.  It's a pretty incredible story worth devoting quality time to learning, but for the impatient types, I'll summarize.  With pictures interspersed.  You're welcome :-) 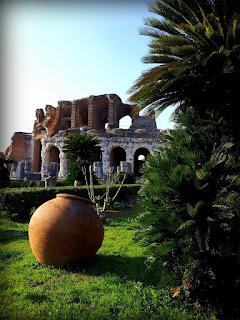 So around 70 BCE, gladiator Spartacus enters the arena.  More specifically, this arena.  Soon thereafter, he and some other slaves realize that fighting beasts and men with nothing to lose isn't a great career path, so they revolt.  Using tools stolen from the kitchen, they escaped the ludus (training school) and plundered the surrounding area, gaining weapons and commerades for their rebellion.  In true badass form, they made a volcano (Vesuvius) their base camp.

From up on Vesuvius, the slaves & gladiators see the Roman forces sent to discourage (aka kill) them.  So they make ropes out of vines, descend from Vesuvius, and defeat the Romans. That made a name for them, and they were joined by other slaves and disgruntled locals until they were a force of around 70,000.  Insane.


For a year or so, all goes well.  Spartacus continues to raid towns, train forces, and evade/ defeat Rome's attempts to thwart him.  Then things (literally) go south for the Third Servile War.  Spartacus is trapped between two segments of the Roman army, and the rebel forces are decimated.

The 6000 rebels who survived the battle were left crucified on the road from Capua to Rome as a reminder to those with traitorous thoughts.  That translates to roughly fifty bodies per mile. 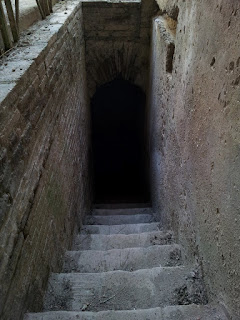 This arena has lingered in my mind over the past few days.  Imagining what it must have been like waiting at the base of these stairs.  Thinking of a population with an estimated 5% literacy rate, and 1/3 of the population enslaved.  How exotic animals brought in for games must have looked to a terrified and uneducated gladiator.  When the closest they'd ever seen to a crocodile or lion is in a drawing of the underworld, that coming into the arena must have felt like Hell itself had come to claim them. 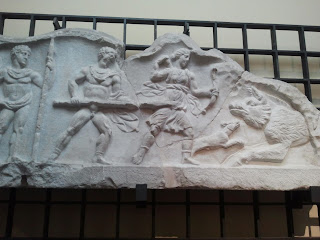 I thought a lot about The Hunger Games~ panem et circenses, Peeta reflecting that the bright side of us killing each other off is that maybe a decent species would inherit the planet, and wondering if the games (gladiatorial or hunger) were a real, legal thing anymore... how many viewers would they have? 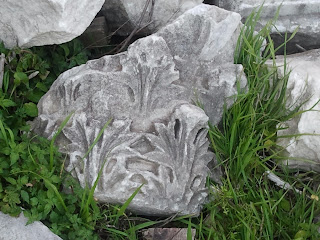 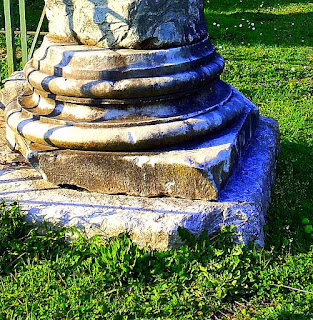 I am still not accustomed to Italy's take on its precious, ancient dwellings.  Everything open to the elements, lying in a state of beautiful decay.  Sometimes I'm tempted to make the girls walk carefully and reverently through these places.  Then I think of the horrors the arena saw, and maybe there's no better fate for it than to be a grass covered place where kids frolic and pick flowers for one another. 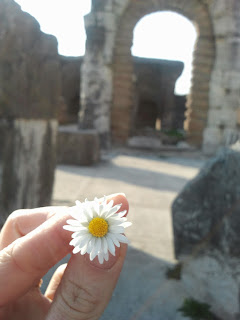 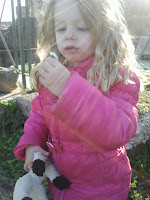 Because little people are awesome and don't get mired in contemplation the way I do, the girls have been oblivious to all my musings and have instead been busy innovating.

Avalon has combined her two favorite activities~ eating and loving~ into one glorious catchphrase: snuggle-cake.  Began when merely eating the cake was not enough, she wanted to snuggle it.  From there, it became a cry for dessert, "Snuggle-cake!  I need snuggle-cake!"  Now it has d/evolved into a catch all exclamation that can be yelled as she sobs and refuses to take a bath, or lovingly whispered  when she wraps her baby arms around us.  Oh, little bear :-)

We love you, miss you, and hope these snippets make you feel like you're still a part of our lives.

~~~ Late-breaking update:  Some pictures of the girls' newly assembled princess bed, courtesy of Lindsey's hard work :) I think this bed may be their Most Favorite Thing® in the whole world.

*For instance, eating before the hostess is seated/ finished cooking.  She has worked hard all day preparing this meal, and it's bad form to not eat the food at it's piping hot best as she intended.
Or that while espresso can be enjoyed all day, cappuccino is a morning beverage.
That when you have an appointment for "tomorrow between 9 and noon", than can mean anywhere from 7 the next morning to three weeks from now when they finally get around to it.