As we plastered all over facebook and Google+, it was our anniversary last week.  We celebrated with a wine-tasting day trip that came with a bonus history lesson from our (amazing) tour guide.  For authenticity's sake, a small sampling of wine will be consumed by the authors during the writing of this post :-)

The first stop was a walk through the town of Mirabella Eclano culminating with the SanFrancesco Convent. 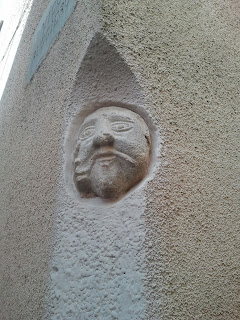 As you may remember from the Spartacus blog, literacy rates weren't super high in the Roman days.  Despite that, the Roman empire was still a thriving market and people needed a way to figure out where they could purchase goods and services.

An elegant solution was devised~ they'd just carve a depiction of their profession into the wall of their business.  The guy on the right is an 800 year old sign to let citizens know a barber could be found inside. (How did the guy whose profession was 'Wall Face Carver' let people know where he lived?)

"Hold up", you're thinking, "that's so permanent. What about when they moved their business or family and then they've got the wrong sign outside... Poor planning, ancient Rome."

Below is a house we saw a few doors down from the old barber.


Just to put that in perspective American-style, when their ancestors built this gorgeous house, John Smith had just met Pocahontas.  They still running a small boutique out of their first floor. (Not John Smith and  Pocahontas)

The convent itself is a building from the 13th century, but currently serves as a museum for Marabella Eclano's Festa Del Carro, or Festival of the Wagon.  Originating in pagan times to worship Cybele, it was an opportunity to thank 'mother of the mountains'.  Cybele represented fertility and the duality of nature~ it's ability to abundantly give or ferociously take life.  Initially, followers decorated carts with braided straw and filled the carts with food for the goddess.


The food sacrifices didn't work so well, given that the population consisted of starving people.  Parading bounty through the town ended in a food stealing frenzy that they didn't think would go over so well with the goddess.  Instead, they began collaborating to create an elaborate woven tower which was pulled through the town by bulls.

The festival morphed when Rome became Catholic, and it is now a celebration of the Virgin Mary.  As the years have progressed, so has the tower.  It's now the equivalent of eight stories tall, and weighs 25 tons.  The straw tower is still pulled through the town every year by bulls on the third Sunday in September.  Yes, we totally want to go this year :-)


Eventually we made it to the winery where the owner and his wife took us on a nice tour through their facility.  They told us it was important to them that the wines have a nice environment, so they play soft classical music in their wine cellar :-) 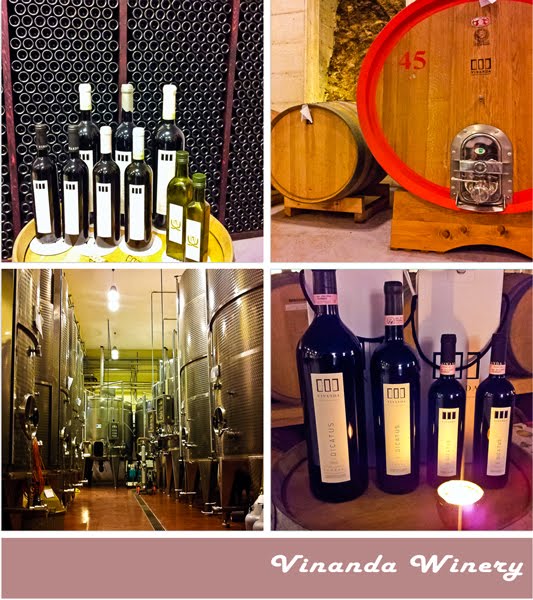 Much to the wine's chagrin/ our amusement, the pouring was heavy* and some of our fellow wine tasters had started their pre-party at 8 am.  What began as a polite "happy birthday" to a friendly middle aged lady visiting from Spain soon became "hey, do you know how to do the macarena?"  From there, iPhones were busted out, ear buds shared, and the grinding began.  By the time we were getting back on the bus, they were re-enacting bull fights, take turns waving flags/ charging.

In typical Italian style, the hour long wine, cheese, bread, and olive oil fest was followed by a three hour lunch.  All in all, a stellar anniversary.

Well, there you have it.  Education at the front, party in the back, a mullet of a blog :-)