Getting Closer, Far Away...

Typically, this is the point in the blog lifecycle where we apologize profusely for being negligent in our update habits and spit out platitudes,  promising we'll be better about keeping things up to date and then like 2 weeks from now we post our last update and abandon this blog entirely. 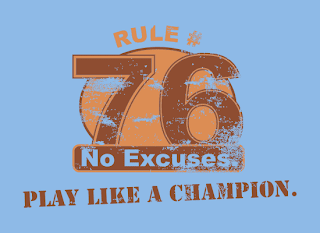 That will not be the case.  The fact of the matter is we really *have been* extremely busy trying to get established in our new house and were basically Internet-less for several weeks.  There are plenty of nice things about being in Italy-- but one concept that has taken some getting used to is "Domani", the Italian word for 'tomorrow'.  Domani seems to be the most popular day to get anything done in this country, whether it is setting up a phone line, fixing DSL stations, paying bills, picking up trash, whatever.  There's really no big hurry to get anything done around here, with the exception of making sure you have your morning coffee.  It's not bad, it just takes some getting used to.

As alluded to previously, we officially moved in to our house a couple of weeks ago, and have been slowly, but surely wading through the mountain of boxes that separate our house from our home.  Its been a very nice change of pace from the living out of suitcases we've been doing for the last 6-8 months, and the girls have been noticeably happier and more comfortable every day having some semblance of a routine.  I think people discount how great it is to be able to relax on your own couch and throw in a movie from time to time!


Our landlords have continued to be wonderful, coming over pretty much every day to give us some impromptu Italian lessons, feed us, and teach us about Italian culture -- but mostly I suspect they just come over to play with the girls. :) A couple of days ago,  they even built us a garage in the basement of their house (we share a courtyard), so we've got a place to park our car and keep our tools.
﻿﻿
﻿
﻿﻿﻿﻿
﻿

Loretta (Lindsey's mom) mustered all of her willpower, and avoided flying across the world for almost 2 whole months... before breaking down and coming out for a visit.  It was nice to have her here for a week-- she helped Lindsey quite a bit with getting the house in order, and the girls had a wonderful time having their Lolo around who A.) could play with them nonstop and B.) speak English while doing it, so they could understand what was going on :).  There were a couple of setbacks with our car, so we weren't able to explore as much of the area as we wanted to, but we did get a chance to see Cuma, Arco Felice, eat some terrific local pizza, and generally spend some time together.  I suppose she'll have to come out again sometime soon, so we can do more adventurous-type traveling when everything is a bit more settled (and we'll hopefully have a second car by then!)

Also, along with the joys of having the internet again, we've been able to access XBox Kinect Video Chat and it seems to be a viable way to have conversations with our friends and family back in the states.  So, if you see me ( Beavbo ) or Lindsey (CookiePrncess16) on Xbox, be sure to say hello!

That's about all I have for the moment, sorry its been so long since we've updated the blog, we totally for real promise to be better about updating in the future, blah blah blah, here's some pictures of girls playing with bubbles :)