Kind of a Kitten
Roughly 27 hours after swallowing their disappointment that I was pregnant with a human not a kitten, the girls' dearest wish came true- I came home with a cat.  In a twist of fate (or maybe there's a powerful god out there devoted solely to small children's selfish wishes?), our friends are moving and needed someone to take their cat.  So once more, our family expanded.


Her story: she was another Napoli stray, and our friends found her when she was a kitten.  They started feeding, and eventually adopted her.  About a week after that happened, they found out she was pregnant.  Poor tiny thing was still a baby- as in, still had her milk teeth when her kittens were born.  So while she is *technically* a cat, her growth was stunted, and even full grown she looks like an eternal kitten.  Her name is Gizmo, but I've started calling her Khaleesi and Kylie calls her Angel.  Whatever the name... with girls, a boy, a dog, and a cat, our family is officially done expanding :-)

It's been a while, so here's an update on our regularly schedule honest assessments.

Lives & Living Spaces more Organized
I fell in love with my binder system, but it was having some problems:
1. It was too big to easily fit into my purse
2. Due to problem #1 it had no home, so the girls were finding/ 'decorating' it
3. It was cheap and didn't hold up to its daily use

So my wonderful parents went on a mission to find all of the amazing, not-available-anywhere-in-Italy binder things I dreamed of (thanks!).  Opening their care package was like Christmas morning.  I wish I was exaggerating.


Healthy Foods & Products
Shaklee: I'm totally in love with this company.  I've been trying to detox our cleaning supplies for some time but kept running into products that were either ineffective, stinky, expensive, or some combination of the three.  I've loved every Shaklee thing I've tried.  Of particular note: the glass cleaner is streak-free, the Comet replacement is made of cherry pits and smells like bubble gum, and the detergent actually gets clothes clean.  Oh!  And the order made it all the way to Italy in 5 working days!

Making Family Traditions
I wrote a while back about the staggering unemployment currently facing Napoli.  We started collecting clothing and toys to give out, but as summer descended in all of its muggy heat, I started noticing an even sadder population- the 'umbrella girls'.  Between our house and the girls' preschool alone, there are between 3 and 6 prostitutes daily- about half Nigerian, half eastern European.  I have tried to keep water in the car to give to them, but I wanted to do more.
On our way from preschool Friday, I pointed the umbrella girls out to Kylie and Avalon.  We talked about slavery- how frustrating it must be to work without getting paid.  How it must feel to be out in the hot sun surrounded by trash all day with no shade, bathroom, food, or drink.  Obviously I didn't go into the grittier aspects with my 2 and 4 year old, but if you're interested, this is what these women are up against:
false promises of good jobs that turn into prostitution
being forced to continue working the streets even in the late stages of cancer
filthy working conditions
politicians who take part in the abuse
I'm getting as sick of links as you probably are, so just take my word for this other stuff :-)  Many of them had their passports taken away by their pimps/ madams... a lot were sold to traffickers by their parents or husbands to pay off debts (and will be sold again if they return)... one woman we talked to has twin seven year olds back in Africa- who are being held by her madam's family- and she is too afraid to leave because she doesn't want her sons to be injured... the more people I talk to and stories I hear, the more heartbroken I am.

After our brief discussion on conditions/ slavery, I asked the girls what they would want if they were one of the ladies we were seeing outside the car windows.  Avalon said cheez-its, Kylie said Gatorade, both of them said they would want smiles.  We bought both of those things, as well as some granola bars and gummy bears, and drove back to hand them out.  The women were so kind and gracious and even thanked the girls in English, telling them they were 'very beautiful' or 'like little princesses'.

It was such a good experience for the girls that they wanted to do it again, and a new family traditions was born :-)  If anyone has a good name for this, I'd love to hear it.  I'm not an ideas man- I think I proved that with 'homeless goody bags' :-)

We have upped our efforts and with the help of Scott and our friend Molly, gathered a lot of things we thought other people needed more than we did.  Yesterday we took them to a local shelter and did crafts with some of the kids staying there.
Our awesome neighbor Jenn is getting in on it, too, and once a week we are going to load up the cooler and go [whatever-we-end-up-calling-it]ing.
Blogging
In the past 3 years combined, we had 21 posts.  This year we already have 14, so it looks like we're successfully shoving our lives into the faces of the internet :-)
Posted by Unknown at 06:55 1 comment:

So one month and many now-too-small clothes later, here we (fetus and I) are.
Ultrasound revealed what I'd known to be true for quite some time- baby is in breach position, and joyously kicking the daylights out of my bladder.  After establishing the basics (functioning heart/ intact spine/ etc) we moved on to the question of the day (or in our case, year)- bambino or bambina?

Baby 3 was very compliant, and within about 20 seconds of looking, flashed what seemed very much to be man-parts.  After a tiny shift, it became very apparent: 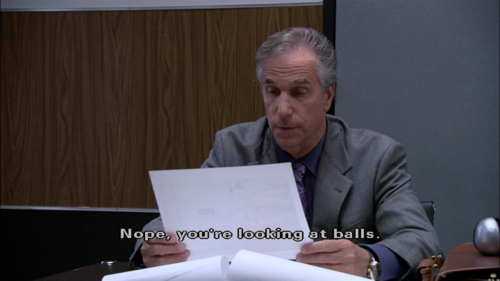 Thrilled, Scott and I went to buy (finally- I've been wanting to do this for years!) some tiny man apparel.  Oh baby boy, I love you so much already...  And your big sisters are fighting over whose prince you will be :-)

So there you have it, internet world.  Man-child Crawford will be showing his handsome little face sometime around the 22nd of October, and we can hardly wait